Your Order Details
Music by the O'Neill Brothers
Share a memory

Share a memory
Obituary & Services
Tribute Wall
Read more about the life story of Elnora and share your memory.

Elnora Marie (Bisbey) Benson, 106, of Rock Island, passed away peacefully on Saturday, November 19, 2022. Memorial services are 1pm Thursday, December 1, 2022, at Wheelan-Pressly Funeral Home and Crematory, 3030 7th Ave., Rock Island. Visitation is two-hours prior from 11am to 1pm at the funeral home. Inurnment will follow in Rock Island Memorial Park Cemetery. Memorials may be made to Friendship Manor Memory Care, Rock Island.

Elnora was born August 16, 1916, in Fort Dodge, Iowa, one of five children to Elmer and Ruth (Schwabbauer) Bisbey. She graduated in 1934 from Osage High School and went to work at the telephone office in Clarion, Iowa.

On May 2, 1938, she married Harold Benson in Davenport and they moved to Rock Island, where she has been ever since. While in Rock Island Elnora worked as a teaching aide at Eugene Field Elementary School for 17 years.

Elnora was an active member of the former South Park Presbyterian Church since 1942. She was busy leading and participating in many organizations including Women’s Club, PTA, and bowling. She enjoyed reading, playing cards (nearly any form), word games, cooking, watching the news, British dramas, all sports and especially the Chicago Cubs, and was always “on the go.” Elnora loved traveling and saw most of the world. She always thought Rock Island had the finest parks and played golf at Saukie into her 90’s.

Elnora was preceded in death by her parents; husband; sister, Lois; brothers, Allan, Dwight and William; and daughter, Marsha Sibley.

To send flowers to the family or plant a tree in memory of Elnora Marie (Bisbey) Benson, please visit our floral store. 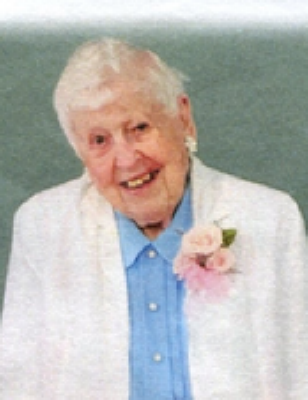