Share a memory
Obituary & Services
Tribute Wall
Read more about the life story of Helen and share your memory.

Services will be at 10:00 am Wednesday at First Lutheran Church, 1230 5th Ave Moline. Visitation will be from 4:00 to 7:00 pm Tuesday at Wheelan-Pressly Funeral Home and Crematory, 3030 7th Ave Rock Island, with an Order of Eastern Star service at 7:00 pm. Burial will be in Rock Island Memorial Park Cemetery. In lieu of flowers, memorials may be made in care of Telecom Pioneers or First Lutheran Church.

Helen was born on February 1, 1931, a daughter of Byron and Vera (Morgan) Martyn. She was later adopted by Walter Humphries and Ethel Yeager following her mother’s death. She graduated Rock Island High School in 1948, where she was a member of the National Honor Society. She went on to study voice at the Augustana School of Music and used these skills with the Quad City Music Guild, Augustana Oratorical Society, numerous church choirs and sang for many weddings, funerals and social events.

Some of Helen’s early jobs included, delivering the Rock Island Argus paper, frosting cakes at the home of Mr. and Mrs. Ralph Haverstick (who baked for Woman’s Exchange in McCabe department store), helping as a Paige at the Rock Island Public Library, serving SPAM sandwiches at the concession stand on the Davenport Levee (which is still standing) and as a server at Brotman Dairy Bar in Rock Island.

Helen’s main career included working for the Illinois Bell Telephone Company for 37 and a half years. She started out as a junior operator, then moved onto managing the LaSalle-Ottawa and Morris business offices from 1977 to 1983 and later retired as the Community Relations Manager in Rock Island. After retiring, Helen went on to work several different jobs over the years. These jobs included working in the Development Office at Augustana College, working for the Northern Illinois Development Corporation in LaSalle, Bureau and Putnam Counties and finally as Project Manager for the Quad City Development Group in Rock Island.

Helen was a member of Trinity Lutheran Church for many years before joining First Lutheran Church in Moline. She was a loyal fan of the Chicago Bears. Her interests in early years included; golfing, bowling and traveling and in later years; reading, going to musical productions at the Quad City Symphony and Augustana College, volunteering for Meals on Wheels and as a telephone switchboard operator for the John Deere Classic for 41 years. In May 2016, she was named as the JDC Community Hero and was awarded $1,000, which she donated to the Telecom Pioneers for the “All Children Shall Have Shoes” program.

Helen served in many leadership roles throughout various business and professional organizations over the years. She was initiated into the Moline Chapter #258, Order of Eastern Star on April 6, 1959 and served as a past Matron in 1965 and 2010. She was also a member of the Friends of Trinity Medical Center, AT&T Pioneers, DHCU board of directors, Illinois Valley Business and Professional Women, Illinois Valley and Rock Island-Moline Zonta Clubs, Heritage Chapter of American Business Women’s Association in LaSalle-Peru and the Sunrise Rotary Club in LaSalle-Peru. She also served as past president of the Illinois Valley Area Chamber of Commerce, Illinois Valley United Way and Friends of the Illinois and Michigan Canal Heritage Corridor.

She was preceded in death by her parents; sons, Stephen and Jeffrey Brandt; great-granddaughter, Melana Shepherd; sisters, Jean Gruby and Nancy DeVilder; brothers, Chester, Walter and William Humphries and Byron and William Martyn; and brother in law, Eugene DeVilder.

To send flowers to the family or plant a tree in memory of Helen M. Brandt, please visit our floral store. 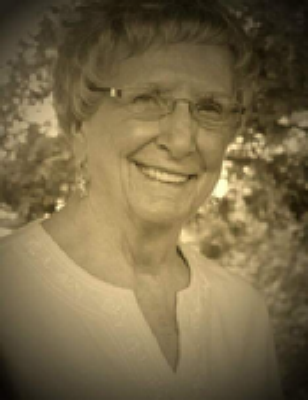