Share a memory
Obituary & Services
Tribute Wall
Read more about the life story of Reverend Richard and share your memory.

The Rev. Richard L. Barclift, 82, of Moline, died Thursday, July 14, 2022 at the Overlook Village, Moline.  Visitation will begin at 4 pm Monday, July 18, 2022 and conclude with a Christian Wake Service at 7 pm at Christ the King Catholic Church, 3209 60th Street, Moline, where he once served as pastor.  Additional visitation will be Tuesday, July 19, 2022 at 10 am until the Mass of Christian Burial at 11 am at Christ the King Catholic Church, where The Most Rev. Louis Tylka, Bishop of Peoria will preside.  Burial will take place at 11 am Wednesday, July 20 at Oakland Cemetery, Warsaw, Ill.  Memorials may be made in care of Alleman High School, Rock Island or your favorite charity.  Wheelan-Pressly Funeral Home and Crematory, Rock Island, is handling the arrangements.

Born in Waterloo, Iowa, on Nov. 23, 1939, Father Barclift was the son of Roy and Kathryn (Brady) Barclift. He spent much of his childhood in Council Bluffs, Iowa, and attended Creighton Prep in Omaha, Nebraska, graduating in 1957.

Discerning a vocation to the priesthood, he studied at Loras College for two years, and went on to St. Ambrose College for three years, earning a bachelor’s degree in philosophy in 1962. He completed his studies for the priesthood at St. Meinrad Seminary in St. Meinrad, Indiana, and was ordained by Bishop John B. Franz on May 22, 1966, at St. Mary’s Cathedral in Peoria.

Following ordination, Father Barclift served as parochial vicar at St. Joseph in Rock Island, Epiphany in Normal, and St. Patrick in Lincoln. He joined the Diocesan Vocation Team in 1972 and was named a diocesan consultor in 1974.

In 1976, he became a member of the Rock Island-Milan Cooperative and would minister as co-pastor of St. Ambrose in Milan and St. Patrick in Andalusia for two years, and then as pastor. In 1978 he was also named diocesan director for Christ Renews His Parish.

He went to St. Patrick in LaSalle as pastor in 1990 and returned to the Quad Cities four years later to lead Christ the King in Moline. Father Barclift was pastor at St. Patrick in Andalusia from 1998 until he was granted senior status in 2009.

In retirement, he assisted in Quad Cities parishes and celebrated Mass for the Benedictine Sisters at St. Mary Monastery in Rock Island, and served as a maritime chaplain with Apostleship of the Sea.

Those left to cherish his memory include his nephews, Steve Barclift and Richard Barclift; and nieces, Jane Fellows and Julie Fischer.

He was preceded in death by his parents and his brother Jim.

Online condolences, memories and expressions of sympathy may be left at wheelanpressly.com

To send flowers to the family or plant a tree in memory of Reverend Richard L. Barclift, please visit our floral store. 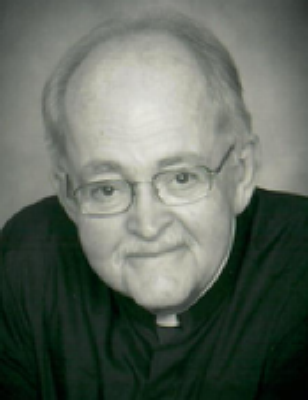